Realizing the need to record our county’s agricultural history before we lose those stories, 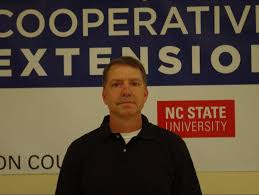 Ross Young, County Extension Director, got together a group of people who share his concern and vision. They met in January, 2012 to begin the daunting task of documenting the barns. Representatives from the Madison County School District, the 4-H Club, the Madison County Library, The News-Record Sentinel, the Madison County Tourism Development Authority, Mars Hill College Center for Regional Studies, Madison County Economic Development, the Genealogical Society and the Community Centers joined with the County Extension office representatives to brainstorm how to tackle this challenge. In August of 2012, we formed a non-profit corporation, ”Appalachian Barn Alliance” to further our goals and to better enable us to preserve our barns in history and in fact. Some of the members of that original committee formed the Board, while others still serve either as committee members or on the Advisory Council. In August of 2013, we received our 501(c)(3) status.

More about our goals and accomplishments 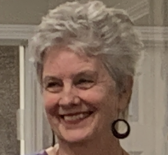 Council to the Visitor Center. Her love of research and history found an outlet in writing the content for the tourism website assignment in her job as Director of the Madison County Visitor Center since 2009. She enjoys sharing all that she has learned about Madison County’s heritage with tourists and residents alike and is always discovering new ways to showcase the richness of the culture to all. The projects of the Appalachian Barn Alliance provide the perfect vehicle to continue that pursuit. 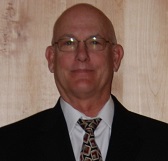 in 2003.  He relocated to the community of Sodom in Madison County. Rob is a member of The Weaverville United Methodist Church Men’s group. Here he helps to organize 3 Blood Drives a year and builds ADA Ramps for Mountain Housing Opportunities. Rob volunteers his time in the food pantry of Neighbors In Need and with the Revere Volunteer Department and the EMS. He enjoys the outdoors. As one of the original members of the grass roots committee which became the Appalachian Barn Alliance, he is proud to continue to promote the heritage of the area.

Michael Foster, Treasurer, moved to Madison County in 2012 after retiring from ExxonMobil 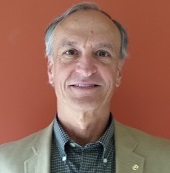 following a 31-year career as a petroleum geologist. Mike, and his wife Janet, explored several retirement options in the southeastern U.S., finally deciding on Madison County due to its moderate climate, endless outdoor possibilities and the overall natural beauty of the area. Mike is currently a member of the Rotary Club of Madison County, an active volunteer for Junior Achievement and the American Red Cross and has been a Board member on his HOA for the last four years. In his spare time, Mike enjoys working on various projects in and around their mountain home, hiking the area trails, visiting the local craft breweries and recently has begun dabbling in stained glass.

Janet Foster, Secretary, retired in 2012 after a 30 year career as a geophysicist/software developer in the Texas oil and 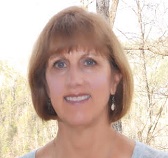 gas industry where she focused on imaging 3D seismic data.  She and her husband Mike immediately fled the concrete city for the natural beauty of Madison County.  Janet has past volunteer experience as an alumnae club president and treasurer, a collector’s club treasurer, and community group board member of the Gulf Coast Regional Blood Center.  She currently volunteers for the American Red Cross and the Marshall Native Gardens Initiative.  Janet loves to ride her bicycle, sew, needlepoint, and learning to play the fiddle.  The beautiful sunrise view from their mountain home reminds Janet every morning to cherish the responsibility and privilege of living in the Appalachian mountains.

David Wyatt, Board Member, grew up on a farm in the Petersburg area of Madison County. David graduated from Marshall High School and Western Carolina College and returned to Madison County to teach science and math at his alma mater for three years. After earning an MA in Education, he went on to positions as a principal in western North Carolina schools and then at schools in Madison County when he and his wife, Willa, moved back in 1974. He served as Superintendent of Madison County Schools before his retirement in 1996. David lives on the family farm in Mars Hill where he and his sons raise beef cattle.  David enjoys working on the Wyatt family “Home Place” that includes a log cabin dating back to the early 1800s, the original smoke house, pack house and spring house.

Sara Nichols, Board Member, moved to the area in 2001 for college at Mars Hill University where she studied Natural Resources. Her career in Madison County started by serving the people in the community at a local restaurant and eventually led to working with farmers protecting water quality through agricultural BMPs. She currently is with Land of Sky where she works to help with planning for a bright community future through a diverse variety of projects. Sara’s not afraid of hard work and spends most of her spare time disassembling and cleaning up a local neighborhood eyesore- you should ask her about it, she has photos!

Bill Downey, Board Member, moved to Madison County in 2018 and is originally from Oregon. Bill works in Residential Appraisals and Residential Property Insurance. Additionally, Bill works closely with several other Madison County organizations and is an active volunteer in the community. When not working, Bill enjoys developing his permaculture homestead, long-distance running, exploring the outdoors and playing saxophone.

Keith Ray, Board Member, spent his early childhood with his mother and maternal grandparents on a farm in the Revere (nicknamed Sodom) section of Madison County. They lived in a two story log house built in 1933 from logs cut on the farm. The time on the farm was mainly spent raising vegetables and food (hay and corn) for farm animals. His family home was built on land next to his grandparents’ house when his father retired from the military. Keith graduated from Laurel High School, U.N.C.Asheville (B.A,), Western Carolina (M.A.) and spent a long career with the Madison County Schools as a teacher and administrator. After retirement from education Keith acquired a real estate Broker license and worked with the Madison County Tax Office as a Property Appraiser. For several years Keith raised tobacco, vegetables and kept quarter horses. Now retired he enjoys his time gardening, playing golf and spending time at the lake with his wife Starr, their daughter and two granddaughters. He is a member of the Madison County Schools Board of Education and very active with the Laurel Community Center.

Eric Parr, Board Member, moved to Madison County with his wife Edie in 2001 after retiring from his ad specialty and embroidery sportswear business in Charlotte, NC. He grew up in Louisville, KY and felt fortunate to spend a lot of time on his grandparents’ small dairy and burley tobacco farm. After leaving his business he stayed busy flipping an old house, publishing a weekly sports paper and website for east Tennessee high school sports, and building one of the top rated disc golf courses in the US. Currently, he is busy piddling and practicing staying busy. Edie and Eric have only one child who lives in Charleston, SC with his wife and two children.

Deb Myers, Board Member, has long loved barns.  In fact, if you visited her house, you would see that she has been collecting barn related art for well over 20 years.  Paintings and photographs of barn scenes from around the country adorn her walls and provide a focus of peaceful meditation for her.  Deb grew up in a homesteading family who loved to live off the land a long time before it was fashionable.  Her family’s original homestead, with its many barns, is still working today and is run by her extended family in northern Montana.  A transplant to Appalachia, Deb has fallen in love with the rich agricultural heritage of Western North Carolina and Madison County.  When she isn’t loving barns, Deb serves as the Director of Community Engagement at Mars Hill University and enjoys connecting students to meaningful service work in Madison County, the region, and the world.

Taylor Barnhill, Lead Researcher, grew up in the NC Piedmont and spent most summers of his childhood working on an uncle’s tobacco farm and quickly learned that rural culture was in his blood. After completing an architectural degree and graduate studies in regional planning in 1974,

his work brought him to Madison County as a consulting architect for the Hot Springs Health Program. Like so many people who visit Madison County, he fell in love with the mountains and the people, bought a farm, and set about absorbing all aspects of Appalachian history, culture, and natural history. Throughout that quest he came to recognize that the barns were the iconic heart of the family farm and its noble mountain lifestyle of self-reliance and resiliency. He now works to understand the creative minds of those barn builders who are now long gone. Click on a 3-minute video in which Taylor describes his passion for barn architecture. (Wake Forest University film department grad student project)