Many Families Share History of the Rogers Barn
By Gene Rogers
Appeared in the News Record & Sentinel September 25, 2012

When Gene and Linda Rogers purchased their farm on Fisher Branch Road in1996, they learned that the house and barn had a history that went back over 100 years with several families occupying the space over that time. The first family–the Silvers–had the house and barn built in the 1860s or 1870s. Bascom Silver, like many of the people in the area, hired a contractor from Yancey County who built many of the houses after the Civil War in a distinct style with three gables on the front. Families whose names are familiar names here in Madison County were subsequent owners–Pete Shelton until the 1930s, then Clise Boone who sold to his brother Lewis Boone and his wife Maude Presnell Boone who lived there from the early 1940s to the mid 1990s.
The barn construction is of hewn, dovetailed logs on the ground level and framed construction on the upper level. The original roof was a steep pitched gable with oak shingles. The loft was used for hay storage. To facilitate feeding the animals on the ground level stalls, there were feed doors on the floor of the loft. This allowed the farmers to drop the hay directly into the stalls below.

Just as many barns were used for many purposes over their lifetimes, this barn was no different. Lewis Boone’s son, Wayne, recalls that the barn was used mostly for animals (horses and cows) with chickens roosting in the loft as well as for curing tobacco. In addition to a breezeway which runs the length of the barn, there is a closed hall on the lower level that was used for milk cows. Lewis Boone could stable five or six horses, too. In addition to being a farmer, he was also a logger, logging with his horses in the Carolinas, Virginia, and Georgia. Another source of income for the Boones was in horse trading. Thus, many horses occupied those stables in the years when the Boones lived on the farm.

In the 1940s, he decided to raise tobacco. Since the pitch of the roof was too steep to install tier poles for hanging the tobacco, he had to raise the roof. The ridge line remained the same but the side walls of the upper level were extended. The original oak shingle roof was replaced with a tin roof with a lower pitch. A few stories have been passed down about those tobacco years in the Boone Barn. It is said that if you ever smoked tobacco which had a funny taste, it could have been from the chickens roosting on the tier poles. Friends and neighbors of “Mommy Boone” (Maude) have fond memories of listening to her singing and praying while she worked tobacco in the barn.

Not only did the use of the barn change but the access to it also changed as the roads in the area were built. Up until recent years, the road which ran between the barn and the mountainside hardly had enough room for a wagon to get past. The last tobacco crop to hang in the barn was in 1997. And, now, like many in the county, the barn is used for storage. After standing for well over 100 years, the barn is strong, full of character from having touched so many lives. Today she stands silent with many stories housed within her walls. 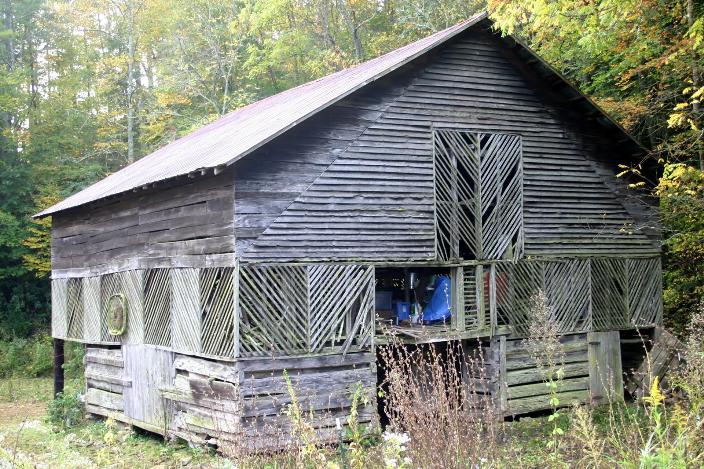 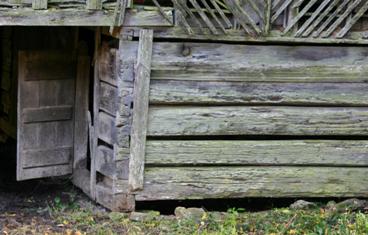 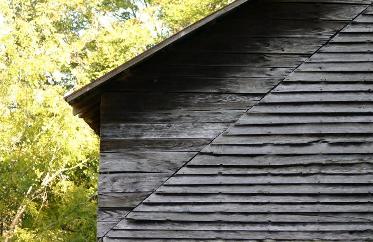